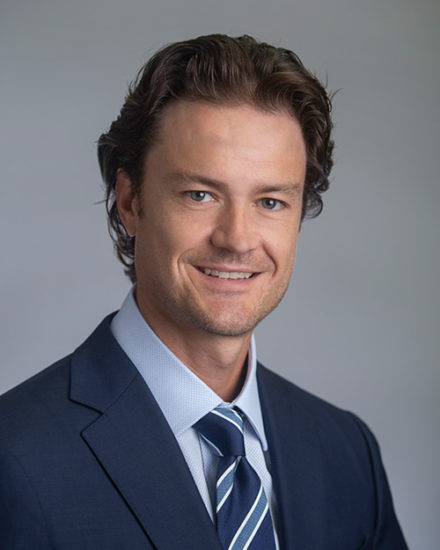 “I felt so lucky to find Bryan White and Gene Graham! I talked to other firms and they were not willing to take my case or I couldn’t afford their fees. Bryan and Gene were straight forward with me, and I appreciated that so much. They were very knowledgeable, and they helped me understand what could happen. They kept me informed on my case, and in the end they got me a fair settlement in a short amount of time. ”

Bryan White has obtained over $45 million in consumer settlements in just three years. He secured two of the top five settlements in Missouri in both 2020 and 2021, both related to his 303 Tractor Hydraulic Fluid litigation work.

Bryan is driven by his deep desire to serve as an advocate for his clients. His passion and commitment to aggressively representing the interests of others stems from his experience working closely with individuals who have been harmed – physically, financially or emotionally – in circumstances that were avoidable. As a result, Bryan is often relied upon to represent individuals in medical malpractice, personal injury, employment discrimination, commercial litigation, class action litigation and whistleblower matters, among others.

“Our clients have many faces – they are teachers, patients, employees and business owners, even children – and they are looking for an attorney who can give them a voice and represent them zealously. Our firm has committed itself to being that advocate, our clients appreciate the help and counsel we give them, and we’re privileged to be trusted in that way.”

Known for his experience, practical and effective approach to problems, and ability to connect and persuade, Bryan handles all phases of litigation. He manages cases from pre-suit negotiations all the way through trial. Bryan and his partners have obtained numerous verdicts before juries and arbitrators. Regardless of venue, Bryan has a track record of achieving favorable results for clients.

Some of Bryan’s recent work includes:

Prior to joining the firm in 2010, Bryan practiced with a commercial litigation firm, Rouse Hendricks German May PC, where he gained experience handling complex commercial litigation matters, including securities litigation, trade secrets litigation, and internal and government regulatory investigations. Bryan is also a 2009 graduate of the Kansas City Missouri Bar Association Bar Leadership Academy. Following graduation from law school, Bryan worked as a judicial law clerk for the Honorable William Ray Price, Jr. of the Supreme Court of Missouri.