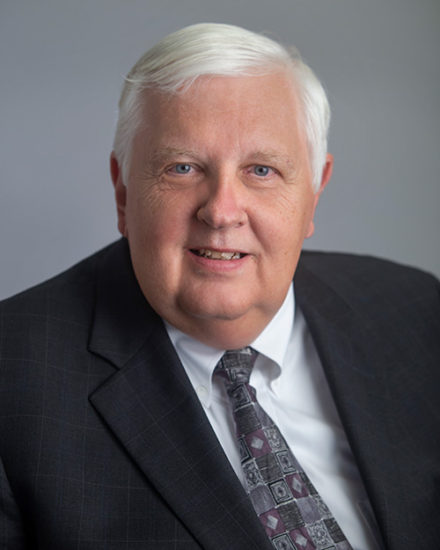 “Best personal injury lawyers in Kansas City! They get great compensation for their clients and they are trustworthy and very nice people too! Especially Bob Buckley, such a great guy. They handled my medical malpractice case that happened in 2010. It was a misdiagnosis or a failure to diagnose depending on how you look at it. I had test results clearly showing I was septic. I ended up with a pace maker and mechanical heart valve at 33 years old. My son was 2 at the time it was very tough. But these lawyers took great care of me and my family. Thank you deeply.”

Robert “Bob” Buckley is a devoted medical malpractice and catastrophic injury attorney. For more than 40 years, he has practiced law in the Independence area. Bob strongly believes medical negligence litigation has a positive impact on improving health care in America and spends an extensive amount of time educating himself on medical issues to better serve his clients.

“The practice of law is about helping people. We are driven each day to represent our clients in the best manner possible which means combining the experience we’ve gained in the courtroom with our knowledge of emerging issues in the health care industry. With each successful case, our team works with clients to shine a light on an area in which improvements can be made to our health care system.”

Bob was the lead attorney in the landmark case of Roth v. Turbomeca, where he successfully argued that a flight nurse severely injured in a helicopter crash could sue for damages for being wrongfully induced to settle her lawsuit by lies about insurance coverage, yet still enforce the underlying settlement.

Prior to becoming a partner with the firm, Bob spent more than 20 years practicing law in Independence, MO. His wife Kim has been his paralegal for almost 30 years and serves as White, Graham, Buckley & Carr, LLC’s office manager.

Bob is an active member of the Independence community. He is a regular columnist for the Independence Examiner and has written more than 300 columns to date. Bob is committed to helping youth in his community. He founded a nonprofit organization called Bears Tomorrow, Inc. The nonprofit helps area youths develop their athletic potential and leadership skills.

Bob is also active in William Chrisman High School activities; he has been the school’s Booster Club president for five years, and is the home game announcer for football games and boys’ varsity basketball games. He is vice president of the Foundation of the Independence School District, and he and his wife, Kim fund annual scholarships for graduating seniors of William Chrisman.